Could Samara Leven be the diamond in the rough NSW Rugby is looking for?

After her performance at the 2022 NSW Rugby 7s Academy Camp, both Sydney Catholic Schools (SCS) and NSW Rugby are excited about Samara Leven’s promising future in the sport.

“She looks as though she has the right passion and talent equilibrium,” Damien Kerr, the Manager of Sport at SCS, said.

Senior Manager of NSW Rugby, Michael Doyle, further remarked that he was currently looking for “that diamond in the rough.”

Leven, who is in Year 11 student, was sponsored by Sydney Catholic Schools to travel to Sydney all the way from St Mary’s Catholic College in Casino to attend her first elite training camp, alongside 64 students from Year 5 to 11.

The two-day camp, run by SCS in partnership with NSW Rugby, included athletic testing with drills and skills, as well as game situation training.

Leven entered the world of rugby via the boys Casino Bulls team at 12 years of age. “My brothers always played and I thought, ‘Okay, I’ll just train with the older boys’,” she explained. 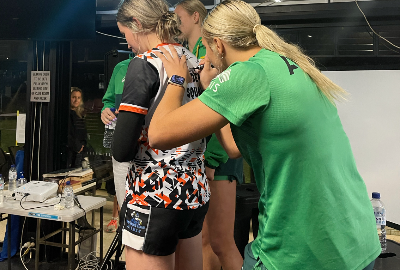 amara Leven gets her shirt signed by Maddison Levi.

It wasn’t until a couple of years later that she joined a girls’ side and received dispensation to play with both genders.

The NSW Rugby 7s Academy Camp has given Leven an opportunity for further recognition and to have her talents nurtured. The camp also provided her with an unbelievable opportunity to meet and greet her idol, Charlotte Caslick.

“Charlotte is my role model; she lets her game do the talking,” Leven said.

Leven said she dreams of one day going to the Olympics and hopes to play Rugby 7s professionally.

“Rugby for Samara is a real pillar in her life, it’s helped her grow as a young lady and keep her head screwed on,” said her father, Joseph Leven.

“Rugby sevens suits her personality down to the ground – it’s a social, fast team sport and she relishes in the rough and tumble.”

Asked about the numerous benefits of playing sports, he said: “Anytime she gets knocked down she seems to get up again and learn from the experience. It makes her stronger.” 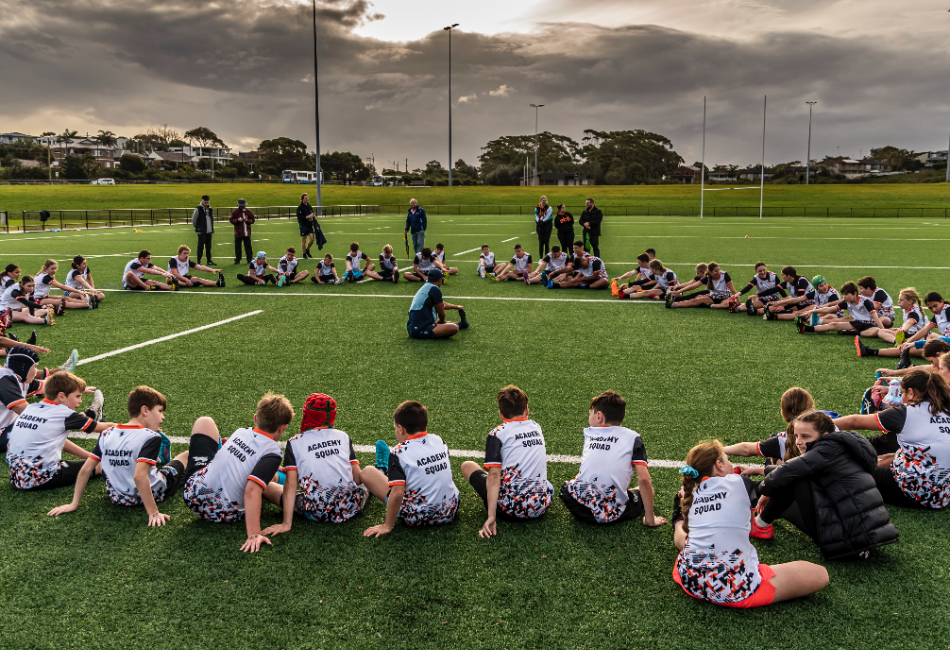 What is Rugby 7s and how is it played?

A fast, high-scoring version of traditional rugby, sevens is played with two teams of seven players who have 14 minutes to advance the ball into their opponent’s area of the field (pitch) and touch it to the ground for a score worth five points (try).

Mr Kerr said Rugby 7s is just one of many avenues to build Sydney Catholic schools students’ confidence and important life skills, such as teamwork and resilience, through sports.

As 2022 unfolds, along with 221 inter-school primary and secondary sports events, new sports will be made available, including more sports offerings as part of Sydney Catholic Schools’ first ever Unified All Abilities Interschool Sports Program.

Kimberlee Green wants girls to aim for the top
FacebookTwitterEmail