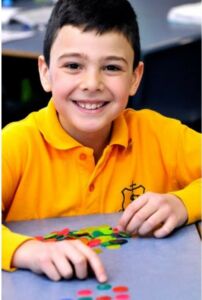 St Joseph’s began in 1892 on land gifted by a German settler, Joseph Walz. The school was conducted by the Sisters of Charity who travelled each day from their convent in Hurstville. In 1892 there were 88 boys and girls enrolled in infants and primary classes, increasing to about 130 in 1900. In 1994 the first lay Principal was appointed. Today, students carry on Mary MacKillop’s vision and serve one another in Faith, Generosity and Love.