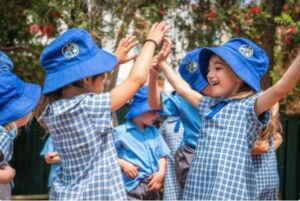 Our Lady Star of the Sea School opened with 28 original pupils in the Miranda church-hall in January 1950. The Presentation Sisters (Wagga Wagga Congregation), who had recently established a convent at Sutherland, agreed to staff the school. Classes were added each year until 1954, when the school extended to Sixth Class for girls and Third Class for boys. Since 1981 boys have been retained until Year 6. Our Lady Star of the Sea is now co-educational from Kindergarten to Year 6.