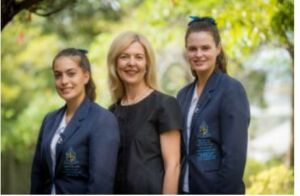 During the early 1900’s, the Marist Fathers of Sydney were negotiating with the Mother General of the Marist Sisters from France about establishing a foundation in Sydney. In 1908, Mother Melanie established the first community of Marist Sisters in Hunters Hill. The sisters purchased a two-storey house from the Usher family overlooking Lane Cove River to represent a touch of France. It was classed early on as a Superior School for Young Ladies and was known as Mount St Mary’s. 2010 saw the end of an era, after 26 years as Principal, Sr Fidelis McTeigue SM retired and the College appointed Mrs Christina Trimble as its first lay Principal. The College continues to be a vibrant educational Catholic community offering girls a broad range of curricular and extracurricular opportunities in the Marist tradition.