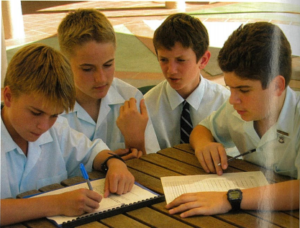 Christian Brothers Burwood was blessed on 29 August 1909 by Cardinal Moran and the first three classrooms were ready for opening in January 1910. The college began as a primary school and in 1917 the government registered the school as a secondary school. The school continued until closing in 2010, its centenary year. The school converted to a Year 11 and 12 school called Southern Cross Vocational Catholic College for students to combine studies for senior school qualifications with higher level national qualifications at Certificate II and III level.