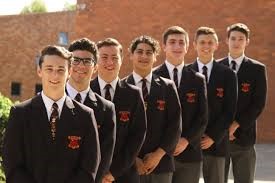 De La Salle Catholic College Revesby Heights is a Catholic systemic Year 7–12 college for boys. The De La Salle Brothers founded De La Salle College Revesby Heights in 1960 as a Year 5–10 school with enormous support from the two local parish priests at the time. The college was the first Catholic school in Sydney to open with more lay teachers than religious and was primarily built by the voluntary labour of the parents and parishioners of the local parishes. The De La Salle Brothers were responsible for the administration of the college until the end of 1992 when the first lay principal was appointed. The primary section of the College closed at the end of 1994 and over the years the College has undergone many changes.