Their army of fans included an elated Tony Farley, the Executive Director of Sydney Catholic Schools. 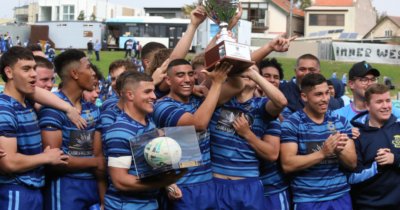 “Down 16-0 early in the second half, the Pats team put on a guts and glory display that saw them surge home with minutes to go and win the title against the toughest of teams,” Mr Farley said.

“It was great to be there and congratulations to the legendary Pat’s team, their coaching staff and supporters who made it such a memorable day.”

“What an epic comeback from the Patrician Brothers Fairfield team!” – Tony Farley 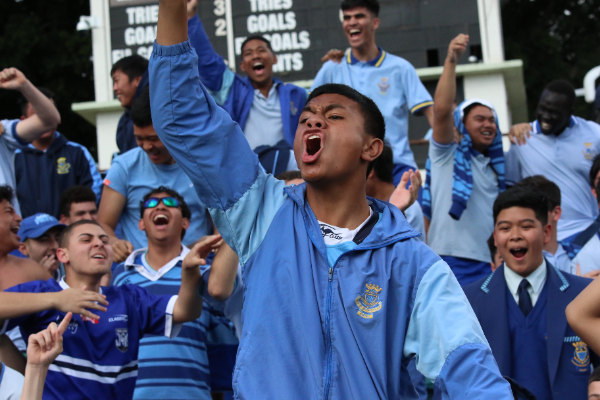 They scored all of their tries in the second half of the grand final to pull off a dramatic, emotional victory against The Hills Sports High School.

“All year we have been the underdogs, [coming] into the grand final as the one percenters,” remarked Player of the Match, Patrician Brothers’ second-row lock Joshua Alhazim.

“Without God’s blessing and the opportunity of attending such a great school we wouldn’t have won.”

“Everything we have done over the last two years has led us to this point” – Player of the Match, Joshua Alhazim

“I’m so incredibly proud of our young men and coaching staff; the way they’ve shown their tenacity and dedication, training up to three days a week even through the school holidays,” Peter Wade, the Principal of Patrician Brothers’ College, said.

Bouncing back from adversity 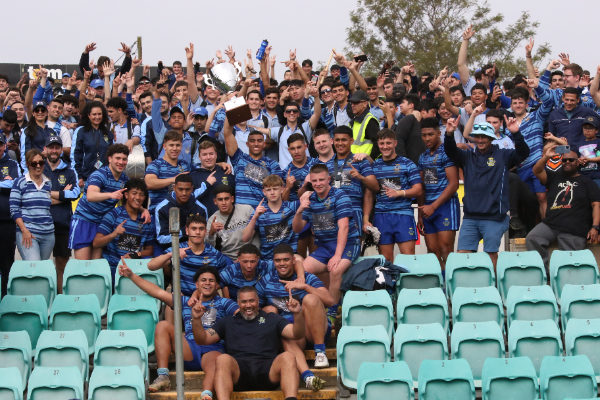 Frank ‘The Tank’ Pritchard is flanked by his winning team. Photo: Suresh Prasad

That is because COVID-19 left Pritchard in a coma on New Year’s Eve and he had to fight his way back to health.

“I nearly lost my life but, praise be to God, I’m here with my family and friends to witness history in the making,” Pritchard said.

“The boys don’t even know what it means to the school and to the Old Boys who were here today.”

Even in the face of adversity Pritchard continued to train his players and successfully steered them to the grand final of the revamped NRL Schoolboy Cup.

Pritchard’s determination has earned him high praise from Mr Wade who commented that Pritchard, who also represented New Zealand and Samoa, has been an inspirational leader both on and off the field. 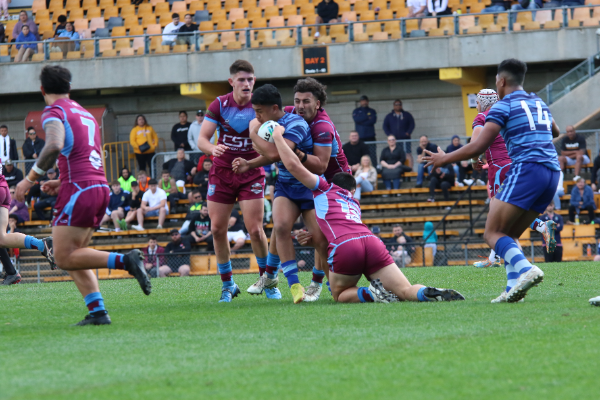 Action on the field during the Grand Final. Photo: Suresh Prasad

“He’s not only a good coach but a gentleman … he has a real calming influence on the boys,” Mr Wade said.

“Frank has also dedicated his time and expertise in providing after-school homework help to students in the local area, in conjunction with Cabramatta Leagues Club, a service that is providing additional educational support for students in Western Sydney.”