Mr Burland penned I Forgive – the theme song of both i4Give Day and Week – following conversations with grieving couple Leila and Danny Abdallah whose three children and cousin were tragically killed by a drunk and drugged driver at Oatlands on 1 February 2020. 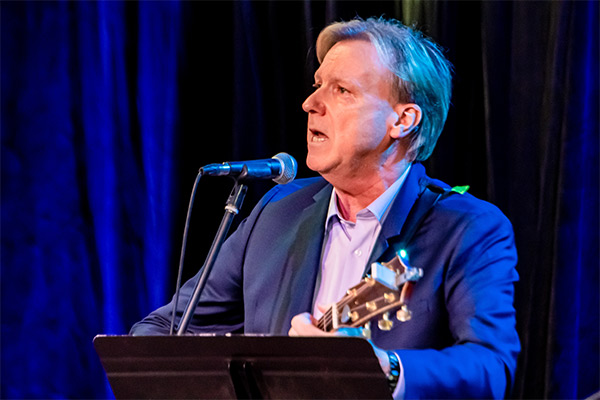 “We talked at length about the power of forgiveness and its importance as part of our faith,” Mr Burland, who is Sydney Catholic Schools’ Education Officer: Archdiocesan Liturgical Music, said.

On Sunday (6 February) he sang the song during a special service in Parramatta that brought people of all faiths together, including Prime Minister Scott Morrison, to remember Anthony, Angelina, Siena Abdullah and Veronique Sakr.

“I feel very honoured to have been invited by Danny and Leila (our nation’s 2021 Mother of the Year) to sing at the launch of i4Give Week,” Mr Burland said. “The song carries their message of forgiveness.”

Mr Burland was also invited to sing I Forgive at a Memorial Mass held for the four angels on Tuesday 1 February (i4Give Day) at Our Lady of Lebanon Cathedral, Harris Park. 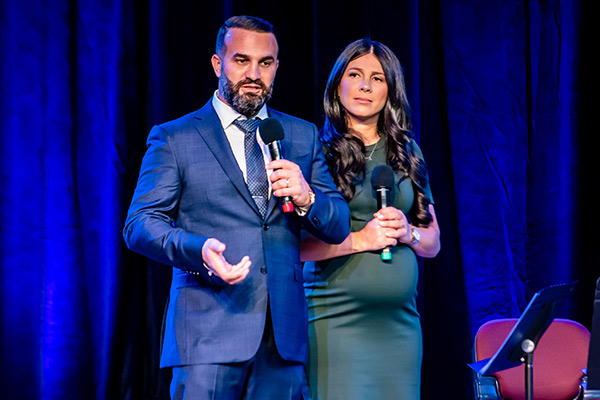 The two families took the extraordinary step of forgiving the man behind the wheel as an important step in their grieving process and, now, i4Give Day is being held every year on the anniversary of the deaths in memory of the children.

This year, for the first time, there is also a week of forgiveness activities.

The Abdullah family is now planning to take the initiative into prisons, to help convicted felons reconcile with their loved ones.

The story behind the song

“This was seen as a unique way Sydney Catholic Schools could support and contribute to i4Give Day,” Mr Burland said.

“Like many others, I have found that forgiving can be very challenging particularly when you are deeply hurt and saddened by others,” Mr Burland said.

“But when we forgive we ‘free our hearts’ and show the love of God to others as we are called to do.”