When St Michael’s Catholic Primary School Belfield student Leonardo Smith decided to send his creative writing story to NSW Premier, Gladys Berejiklian, he wasn’t expecting much of a response from one of the busiest people in the country.

Yet the Year 2 student was given a pleasant surprise when he received a personal handwritten note from the Premier herself.

“You are such a talented writer!” wrote the Premier. “When you publish your first book please make sure to send me a signed copy!” 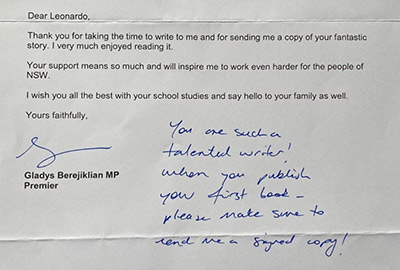 The path to getting noticed

As part of an assessment task on narrative writing, Leonardo had penned a heroic tale about a young girl named Gladys who overcomes a series of obstacles – inspired by the Olympics – to save her kingdom from despair.

Leonardo’s teacher, Emily McKay, said she was blown away by his creativity and thought it would be a great idea to send it to the Premier’s office.

“As I read the story, I thought the Premier would love to read this,” explained Miss McKay. 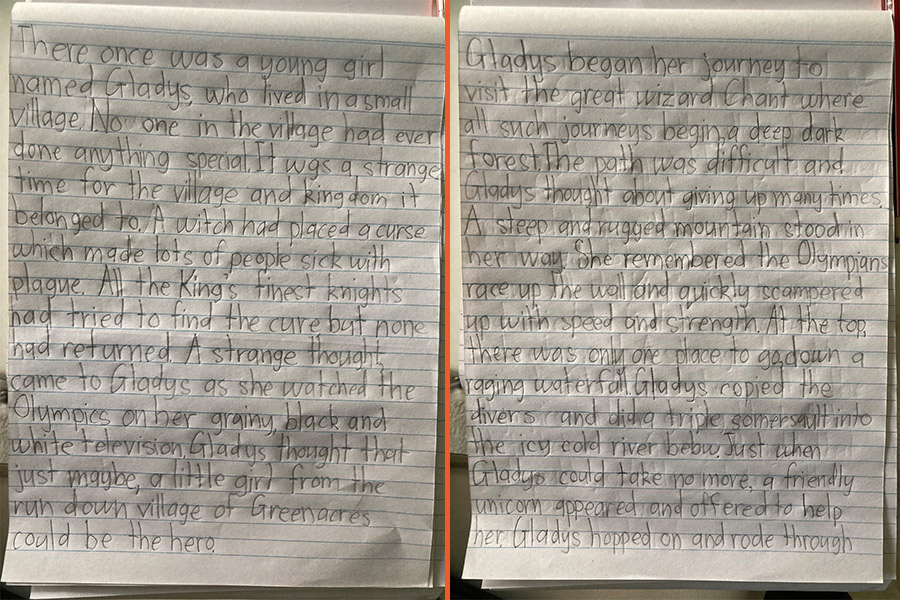 An excerpt from Leonardo’s story.

Leonardo’s mother, Laura Smith, said they were taken aback when the letter from the Premier arrived.

“We honestly weren’t expecting a reply at all so when she sent a kind, personalised letter in return Leonardo was very excited,” said Mrs Smith.

“He really loves school; he’s always trying to challenge himself and do his best.”

Kim McCue, Principal at St Michael’s, said the letter was a deserved reward for Leonardo’s talents.

“We’re just so proud of him; this is an incredible piece of writing for a child,” said Mrs McCue.

“For the Premier to write back in the busy world we live in at the moment is really, really touching.”

Book club for parents: An excuse to connect and reflect
FacebookTwitterEmail