GALLERY: Life is better with goals

Previous
Next
GALLERY: Life is better with goals

It was all systems go at Netball Central in Sydney Olympic Park as 60 primary students from six Sydney Archdiocesan zones competed to represent Sydney Catholic Schools (SCS) at the netball MacKillop Trials.

Many goals and skills were on show to selectors and parents on Monday 15 March, as well as a group of Year 9 volunteer students from Domremy Catholic College who helped umpire the games. 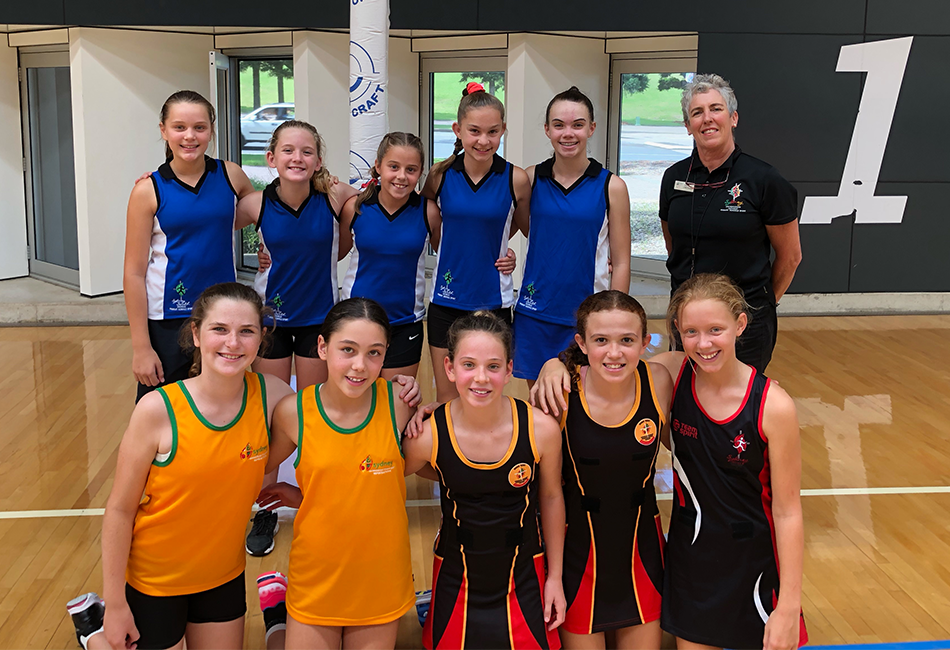 One of those umpires, Emily Fernandez, said she was super impressed with the talent on show and pleased she and her peers got to referee this important event.

Convenor for the Sydney Archdiocesan Netball Selection Trials, Caroline Loneragan, described it as “a good day.”

“We’ve been learning things as we go,” said Loneragan. “The process was very good with neutral selectors and makes sure we have the best outcome for all the girls.”

Selectors, who are independent and neutral, had the tough job of selecting 10 talented players to continue their representative pathway journey.

One of those players was none other than SCS alumna and current Australian Diamonds’ goal attack, Kiera Austin, who was kind enough to come over and chat with some of SCS’ students. The national netball representative also took a few cheeky selfies, much to her young fans’ delight.

Convenor Loneragan taught the netball superstar at Holy Spirit Catholic Primary North Ryde and credits the representative pathway offered at SCS for helping set her, and other elite sport stars like her, on their future road to success.

“Kiera managed to get to the MacKillop level very comfortably; that pathway allows kids who play at an elite level to get to representative stages,” Loneragan said.

As the day drew to a close, the Sydney Archdiocesan team was announced. The chosen few will now move onto the MacKillop Trials in Canberra on Friday 30 April.