Sky’s the limit for Willow

Previous
Next
Sky’s the limit for Willow
domenictrimboli01January 10, 2022|

Willow was one of seven students to receive a medallion during a virtual ceremony, held in December 2021.

In case you missed it, you can watch – or re-watch – Willow receiving her medallion by clicking on the live link below.

A humble student who excels both in the classroom and on the field, Willow said the medallion came as a surprise.

“When I heard I was receiving a sports medallion It was kind of weird because I wasn’t expecting one!” Willow said.

“Making the state team is probably my greatest accomplishment because that’s the first state team I ever made.”

Known as someone who is extremely self-motivated, Willow comes to school every morning having already done some form of training.

It’s the kind of dedication that has the youngster eyeing off a place on the big stage. 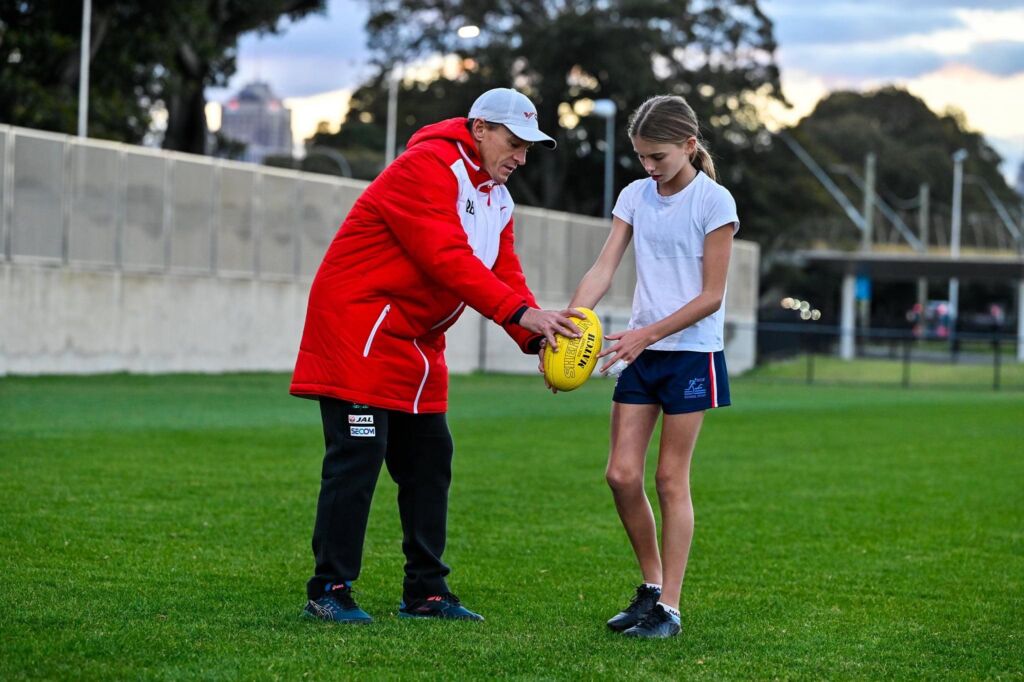 Willow is one day hoping to play professionally in the AFLW.

“My sporting idol is probably Dustin Martin because I really like the way he plays and he also seems really friendly and nice,” Willow said.

As a big believer in the power of community sport, Willow said she would encourage everyone to get involved in sports in whatever way they can.

“One of the best things about playing sports is keeping fit, but it’s also great to make friends outside of school,” she said, adding “It’s good to be part of a team.”