The revival of Holy Cross College’s Australian Army Cadet Unit after four decades has led to a flurry of interest from parents keen to give their sons leadership and adventuring experiences.

“The decision to re-raise the Holy Cross College Australian Army Cadet Unit has proven to be very popular,” said Timothy White, who oversees the program in association with a Cadet Captain and the Australian Army. He is also the school’s co-curricular coordinator.

“Enrolments have grown on the back of the program, with many students starting at Holy Cross in 2022 for the Cadet program” – Timothy White

“I’m passionate about history and couldn’t wait to do something outside the square, other than sport or schoolwork,” Senior Under Officer of cadets, Deakin Antaw, said. 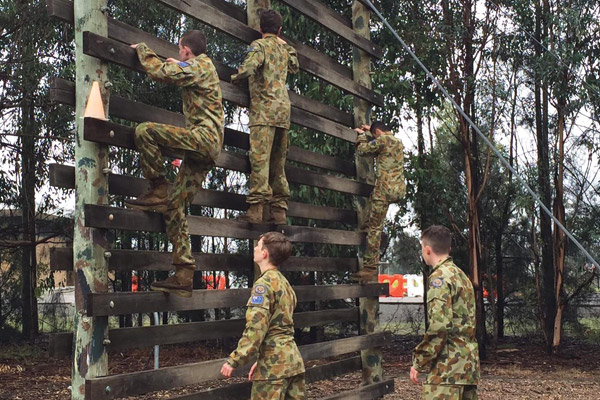 The Holy Cross College Australian Army Cadet program originally ran from 1909 to 1974 and was reintroduced in late 2019.

The King’s School and Newington College vie for the honour of having the oldest Cadet Corps in Australia. But Holy Cross is the only Catholic systemic school in Australia to offer this youth military program, according to Mr White.

Before the program’s reintroduction, the school already had an active Science, Technology, Mathematics & Engineering (STEM) program and offered award-winning enterprises, like the 24 hour Solar Car Challenge and National Submarine in Schools Challenge, to help students identify career and university possibilities in a practical way.

The Cadet program, established by the Australian Army, is designed to foster and develop communication, initiative, respect, resilience, leadership, teamwork and discipline.

“It’s based around leadership, resilience and survival skills with a military flavour and culture, such as uniform, ranks and camps,” Mr White said. 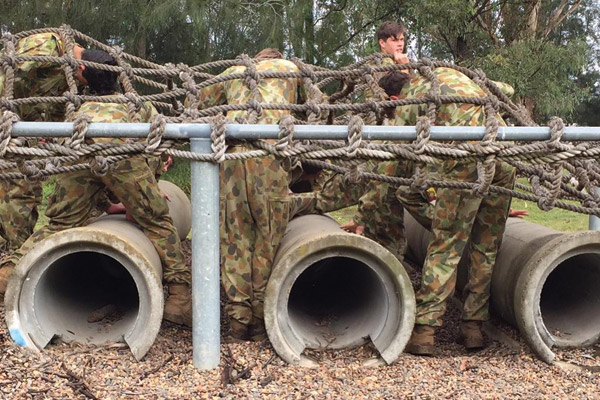 “Activities include, but are not limited to, drill and ceremonial parade, abseiling, watermanship, communication, navigation, campcraft and first aid.”

Mr White said a highlight of the program is the bush camp at Singleton Army Base and the soon-to-happen marching out parade.

“Many old boys, whose sons and grand sons attended the school, also took part in the program in the 1970s and before” – Timothy White

“Recently many in the Ryde community were witness to the impressive nature of the reactivated Cadet unit at the many ANZAC services around Ryde,” Mr White said.