Opportunity for all: Why inclusion in sport matters

Previous
Next
Opportunity for all: Why inclusion in sport matters
domenictrimboli01December 22, 2021|

An experienced sports administrator with a passion for working with people with disabilities, Ms Stimpson is one of three external experts named on the Council, which aims to create more opportunities for students at all levels. 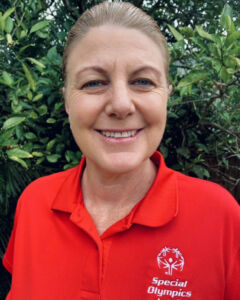 Ms Stimpson is passionate about working with those with disabilities.

Ms Stimpson said she was excited about contributing to what promises to be a big year for sport at Sydney Catholic Schools.

“It’ll be great to provide opportunities for students to develop skills outside of school programs and connect with community sport,” Ms Stimpson said.

A history of sport

As part of her role at Special Olympics Australia, Ms Stimpson helps coordinate the organisation’s school programs across the country.

“I’ve always been involved in sport and have a passion for grassroots – learning and enjoying sport, and valuing the importance of being active,” Ms Stimpson said.

“At Special Olympics Australia, we’ve connected with 10 national sporting organisations so far and we’re supporting their coaches with resources so that they better understand and can deliver in a special education environment.”

The power of inclusion

Leisl said her passion for working with people with disabilities began seven years ago when she co-founded PINK, short for Play, Interact, Network, Kick.

PINK is an all-abilities girls football program in north-west Sydney which, at the time, was the only female football association in Australia.

“That’s where I was drawn to it all from the beginning; seeing the value that sport had in their lives, and the joy that it brought to them,” Ms Stimpson said.

“Seeing how it developed their personalities, their relationships with each other, the networking of the parents, and the support that they could even provide for each other was inspiring.

“It’s amazing to be able to positively impact lives and it makes you see how important sport can be.”