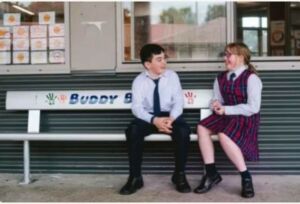 The suburb of Riverwood (then known as Herne Bay) developed rapidly after World War II. There were no parish buildings, and the first church was a hut from World War II. These huts would also accommodate St Joseph’s School in its early years. The Settlement School was opened in January 1949. Also in 1949, Fr Patrick Kerick was appointed parish priest of Herne Bay. In 1950, the present church and school site in Thurlow Street was purchased and construction of permanent buildings began. The Sisters of St Joseph staffed the school and helped take care of it. St Joseph’s remains a substantial parish primary school, educating students from Kindergarten to Year 6.