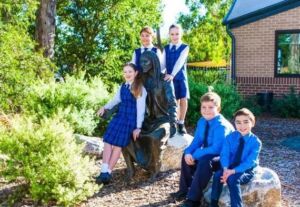 St Columba’s Catholic Primary School Leichhardt North began as a response to the rapid increase of the Catholic population in Leichhardt. The school was officially opened in February of 1898 by Cardinal Moran. The Sisters of St Joseph would staff the school who walked daily from a convent in Catherine Street, Leichhardt or from St Martha’s Home in Leichhardt. The St Joseph Sisters continued their almost 100 year religious leadership of St Columba’s until 1994, when the first lay principal was appointed to the school.