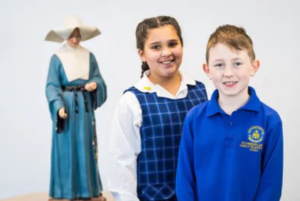 St Catherine Labouré Catholic Primary School Gymea was established in 1954 by the Sisters of St Joseph Orange County. It was through perseverance and unity that St Catherine Labouré Gymea Catholic School was built. The sisters worked with each other and alongside the community to gather, build and care for the school. St Catherine’s began with 33 pupils in Kindergarten and First Class, and was later extended to cater for girls to Sixth Class and boys to Third Class. Since 1980, boys have been retained to Year 6, so that the school has become fully co-educational from Kindergarten to Year 6.