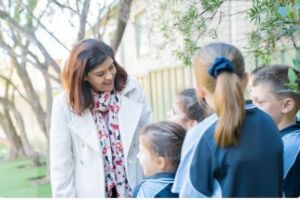 St Joseph’s Primary School began in 1955 with 75 pupils in Kindergarten, First and Second Classes. The first teachers were the Sisters of St Joseph of the Sacred Heart and they taught in the school from 1955 to 1979. For the first few weeks there were no desks, only fold-up chairs. When the pupils had to write they knelt on the floor and used the seat as a desk. St Joseph’s Oatley is still a parish school which teaches students from Kindergarten to Year 6.