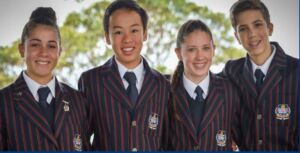 Marist College Penshurst was established, at the urging of Fr Joseph Breen, the parish priest of St Declan’s, as “Marist Brothers Penshurst” in 1953, when Kogarah Marist could no longer accommodate the boys from the Penshurst area. The school opened with 160 primary school boys in three classes, on 27 January of that year. The school was formally opened in May 1953 by Cardinal Norman Gilroy. In 2006 Mr Tony Duncan, the first lay Principal of the school, saw the beginning of a new era for Marist College Penshurst.