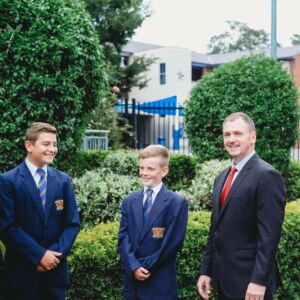 De La Salle Catholic College Caringbah opened its doors on the 28 January 1958. 65 boys had arrived to start Fourth class with Brother Dermot using the basement of the old church, known also as the ‘Dungeon’. De La Salle Catholic College was labelled for closure in the 1990’s, but due to increased enrolments and the efforts of the staff and community, this was called off and a new wave of building works began. De La Salle Caringbah still remains a boys school, serving Years 7–10.