Why are the arts so important in school?

Previous
Next
Why are the arts so important in school?

The importance of the arts in a well-rounded education is sometimes lost on parents. What they may not realise is that while their child is having fun singing, acting and dancing in the classroom, deep inside the unconscious of their minds something magical is happening.

“While taking part in a production or performance can bring its own pleasure, studying the arts can also unlock and develop many of the skills and abilities needed to succeed in life,” said Sydney Catholic Schools (SCS) specialist in creative and performing arts, Eva Spata.

“Drama allows students to improve their confidence, explore their creativity, and build ways to retain information and learn about body control.”

“Learning about body control is also an important aspect in dancing, where the physicality and coordination of the medium builds students’ cognitive skills and expressions,”  Ms Spata said.

“Every year at Sydney Catholic Schools, we see students develop truly awe-inspiring creative pieces, sometimes far beyond their years – and it is not just our artistically-gifted children who are reaping the benefits of artistic participation.

“Our Catholic Schools Performing Arts Program (CaSPA) is open to everyone, from Kindergarten to Year 12, giving students access to professional mentors who can nurture their talents and abilities and help them strive for excellence in their own lives at school and beyond.

“Our auditioned ensembles target students who are gifted and talented in singing, dancing, acting and songwriting, while our Let’s series allows all students to develop and pursue their passion for the performing arts.” 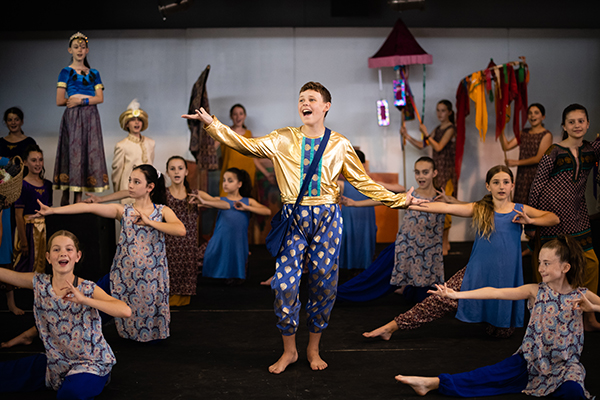 The annual Clancy Prize Exhibition is a celebration of SCS’ secondary students’ creativity and spirituality, expressed through visual arts, and includes a $2000 first prize for the next Raphael. “There are other wonderful creative art opportunities within individual schools that meet the cultural and contextual needs of their communities,” Ms Spata said. 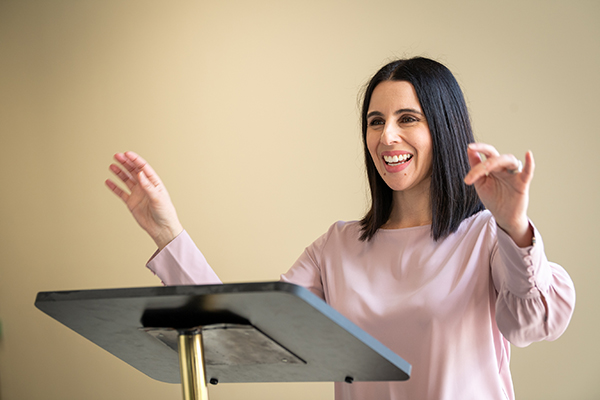 Ms Spata said SCS’ notable performing arts alumni include: Courtney Miller, who plays Bella Nixon on Australian television show Home and Away; singer Mark Vincent, who won the third season of Australia’s Got Talent in 2009 and signed with Sony Music Australia immediately after; and Stephanie Caccamo, a fast-rising star of Australia’s musical theatre scene and star of Beautiful: The Carole King Musical.

“Even if your child is not the next Sean Connory or Cate Blanchett, drama will allow them to absorb stories that impact them in their own lives and can remove feelings of isolation during their development,” Ms Spata said. 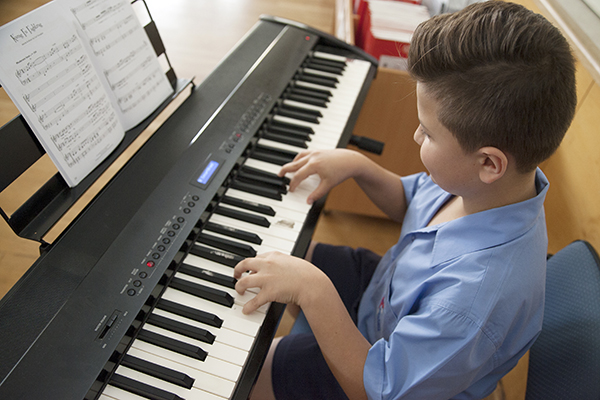 Ms Spata reminds, “Research demonstrates that learning an instrument and playing in a musical ensemble strengthens neural pathways in the brain and can significantly improve academic success and student engagement.”

“We believe it is only by allowing our students’ imaginations to run wild through exposure to a diversity of influences, experiences and ideas that we can build well-rounded intelligent children,” said Ms Spata.

“As world-renowned education expert Dr Anita Collins explains, a child who learns a musical instrument for a minimum of two years will see an increase in their IQ of 7.5 points. Music in young children is also a touchstone for developing cognitive function and critical thinking.”