Students to grow plants from seeds that went to space

Previous
Next
Students to grow plants from seeds that went to space
AdminAugust 20, 2021|

In an Australian first, students at Mary Immaculate Catholic Primary School Bossley Park have been lucky enough to be selected by the One Giant Leap Australia Foundation to germinate and grow seeds that have been to space.

Yes, you read that correctly – space!

The exciting seeds to space program is called ‘What’ll happen with the wattle??!’

One of the students involved in the project, Year 5’s Antonio Bagala, says he is looking forward to being a part of history.

In collaboration with the Japan Aerospace Exploration Agency (JAXA), the seeds lived in space for six months before returning to Japan in June and now Australia where they are in quarantine.

The seeds were due to arrive in time for Science Week but, due to COVID-19, will now splash down in Bossley Park in a couple of weeks’ time. 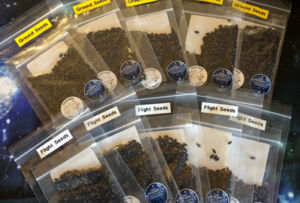 How the project came about

“We want the students to take this on and be open and inquiring thinkers,” school principal, Lisa Wahab, said.

Students were chosen to be a part of this experiment after writing a proposal and creating a video. Their proposal described why they wanted to have the wattle planted at their school, including how the project encompassed Mary Immaculate’s MIPS vision.

“MIPS is short for ‘Make a difference, Inspire others and all we do, Problem solve successfully, and Succeed with purpose’,” Ms Wahab explained.

How it will work

Along with the seeds from space, students will grow seedlings from the same batch that have not been to space. The growth stages of both seed lots will be documented on an app.

Year 4 student Jacob Bisso, who hopes to become a space scientist one day, spoke of the great learning opportunity he and his peers had been given.

The experiment is expected to take at least a year to complete.

The wattle will then be planted and a map will be created showing the location of all of Australia’s space wattle trees.

“It’s amazing to think that our students, and our school, may be part of such a historical point in Space Exploration,” said Michael Oude Vrielink, a teacher assisting the students with the project.

“To think that one day seeds may travel from Earth, across space, and to know that we helped discover that it is possible is mind-blowing.”

“We are going to plant the wattle on site facing out to the community, and make sure it’s a part of history with a time capsule in the ground documenting the experiment” – Principal Lisa Wahab

The One Giant Leap Australia Foundation is a not for profit organisation whose purpose is to advance STEM (Science, technology, engineering and mathematics) education and careers. 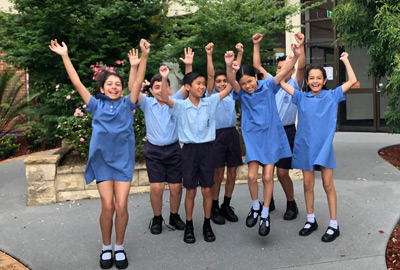