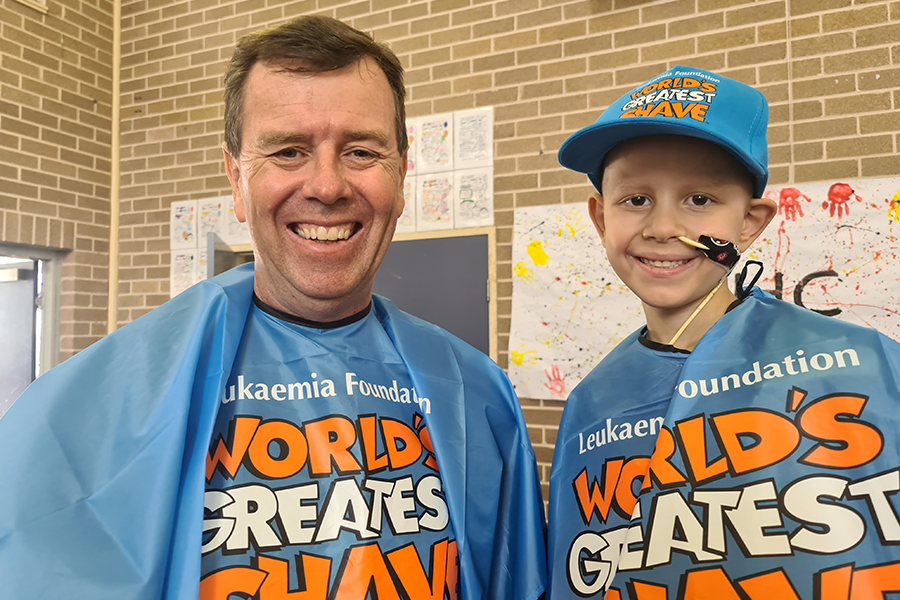 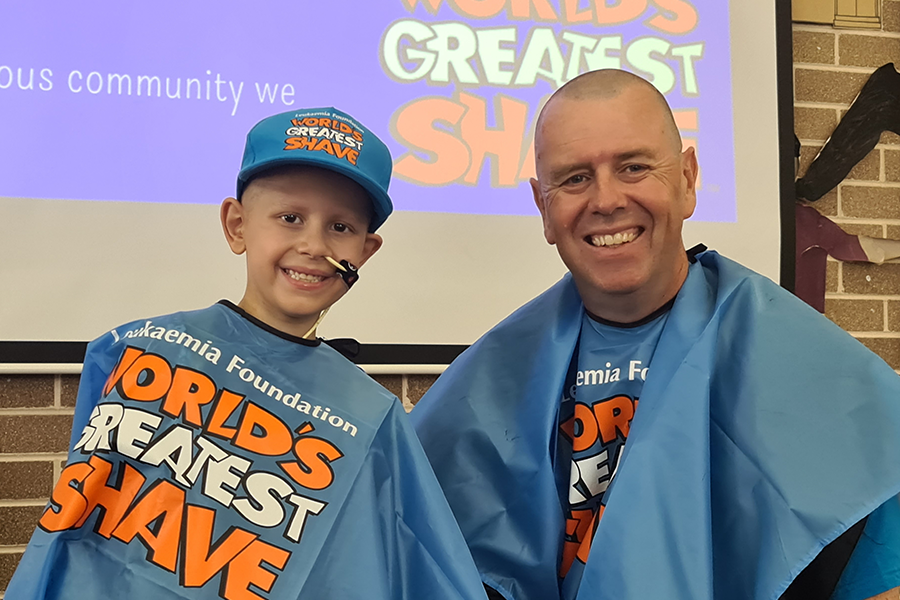 Inspired by the courage of Nicholas, a Year 1 student currently receiving treatment for leukaemia, St Michael’s Catholic Primary School Meadowbank principal Brian Story has had his head shaved for the World’s Greatest Shave.

And the entire school community has got behind him and helped him raise more than $21,000 for the Leukaemia Foundation, making him their eighth top shaver!*

“I’m very, very touched,” said Nick’s mum, Janet Chrisafulli, who watched as Nicholas, better known as Nick, took a clipper to his principal’s head spurred on by his brother Leo and all his classmates who enthusiastically chanted “World’s Great Shave” as Mr Story’s lovely brown locks came tumbling down.

Asked what he thought of Mr Story’s new look, Nick said “He looks funny.” Brother Leo said “he looks worse than I thought he would.”

Mr Story’s wife Gail, who is principal of Eileen O’Connor Catholic College Lewisham, and daughter Caitlin encouraged him to shave his head after he told them of Nicholas’ diagnosis. 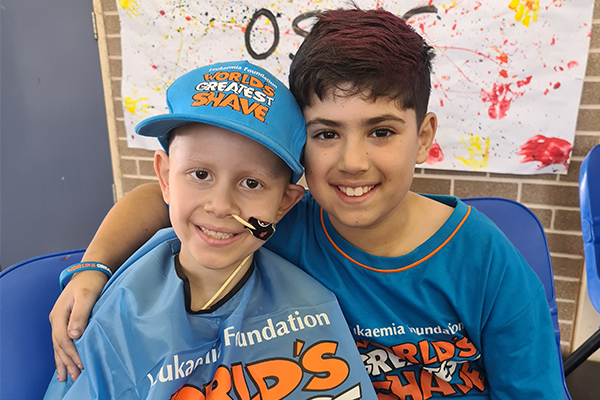 “Shortly after our chat we were watching television when an advertisement came on for the World’s Greatest Shave to beat blood cancer,” Mr Story said. “My daughter, Caitlin, said ‘Dad, you should do that!’”

But not before telling him how bad his head would look, Mr Story recalled with a laugh.

He was even told he might end up looking like Homer Simpson, he candidly told students before going bald for charity.

“Nick’s treatment is going well,” Mr Story told everyone, before addressing Nick to say: “You have so many friends here and they can’t wait to see you back.”

HOW YOU CAN HELP

Mr Story has urged the community to keep donating. “The battle against leukaemia doesn’t end today,” he said.

For over 40 years, the Leukaemia Foundation has supported and cared for people living with blood cancer, their families and their carers, including investing $54.5 million into Australian blood cancer research since 2002.

“Having no hair for a few weeks is a miniscule sacrifice to make to support such a worthy foundation and to build awareness about blood cancer in our community,” Mr Story said.

“Our whole community wants to provide prayer and support and my campaign is truly evidence of a wonderfully supportive Catholic community.”