Letters to a nameless friend

Previous
Next
Letters to a nameless friend
AdminNovember 13, 2020| 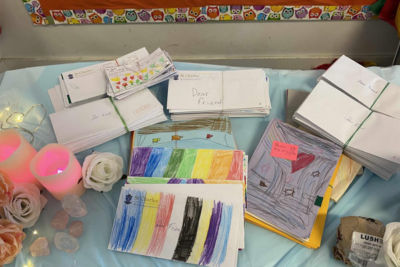 A student at St Charles Primary School Ryde has struck up a beautiful friendship with a retired priest after writing to him as part of a school outreach project during the COVID-19 lockdown.

Year 3 student Francis’ letter was one of nearly 500 letters and cards St Charles students wrote to residents of Calvary Ryde Retirement Community during the last weeks of Term 3.

Many residents had had little to no contact with anyone during isolation, so they were touched to receive these messages of support which were all addressed “Dear Friend.”

Lorraine Blacklock, Team Leader for Leisure and Lifestyle at the retirement community, said the residents were delighted to read the stories and do the puzzles provided by the children.

They spoke of the joy of parenting and the ways children enrich people’s lives. 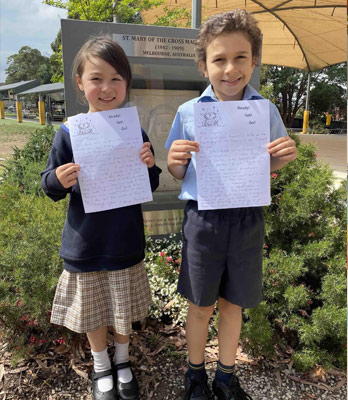 Emma and Francis hold up letters from Fr Bernie.

Francis  – along with Year 1 student Emma – were thrilled to get a warm and appreciative reply from Father Bernie Maxwell, a retired priest now living at Calvary.

Fr Bernie told Ms Blacklock he appreciated the thoughtful connection the letter created with “a young person who cared for an elderly person.”

But he then later decided writing wasn’t enough and insisted that his mum, Kaye, take him to visit Fr Bernie instead.

The pen pals have since met and, we’re happy to report, a lovely friendship has developed showing the enduring power of a paper letter exchange – even in the age of email and SMS. 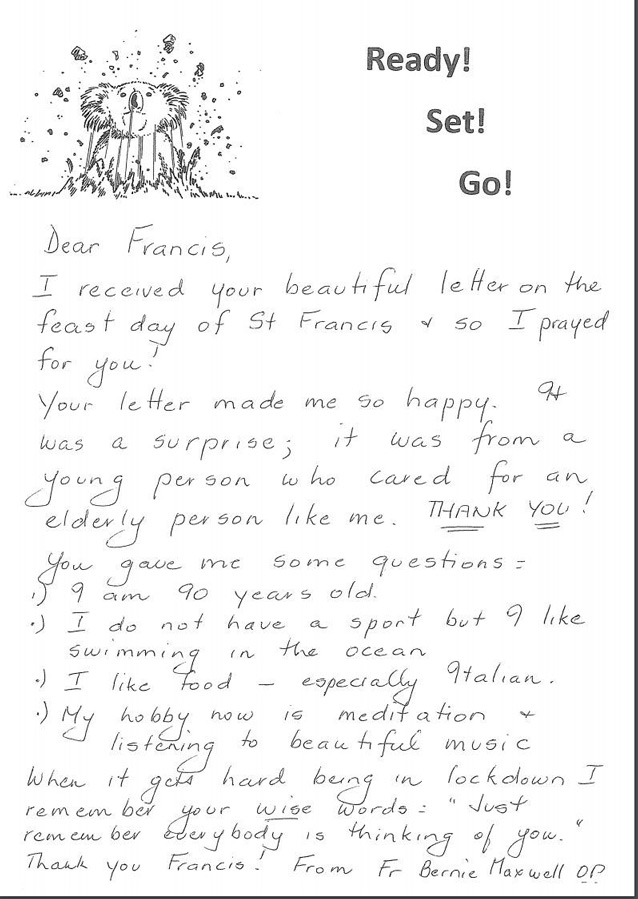