Our Lady of Lourdes Catholic Primary School Earlwood student Isabella Esposito has been awarded a sports medallion at the 2021 Primary Sports Awards.

Isabella received the medallion for her selection into the NSW Primary Schools Sports Association (NSWPSSA) Sate Merit Team for swimming.

Isabella was one of seven students to receive a medallion during a virtual ceremony, held in December 2021.

In case you missed it, you can watch – or re-watch – Isabella receiving her medallion by clicking on the live link below.

A natural leader whose sporting prowess is admired by her peers, Isabella said swimming gives her self-confidence and helps her realise her potential.

“One of the best things about swimming for me is the opportunity to push yourself and be proud of what you can accomplish,” Isabella said.

“When I heard I was receiving a sports medallion I was surprised at first, but then happy that I was able to achieve something like that” – Isabella Esposito 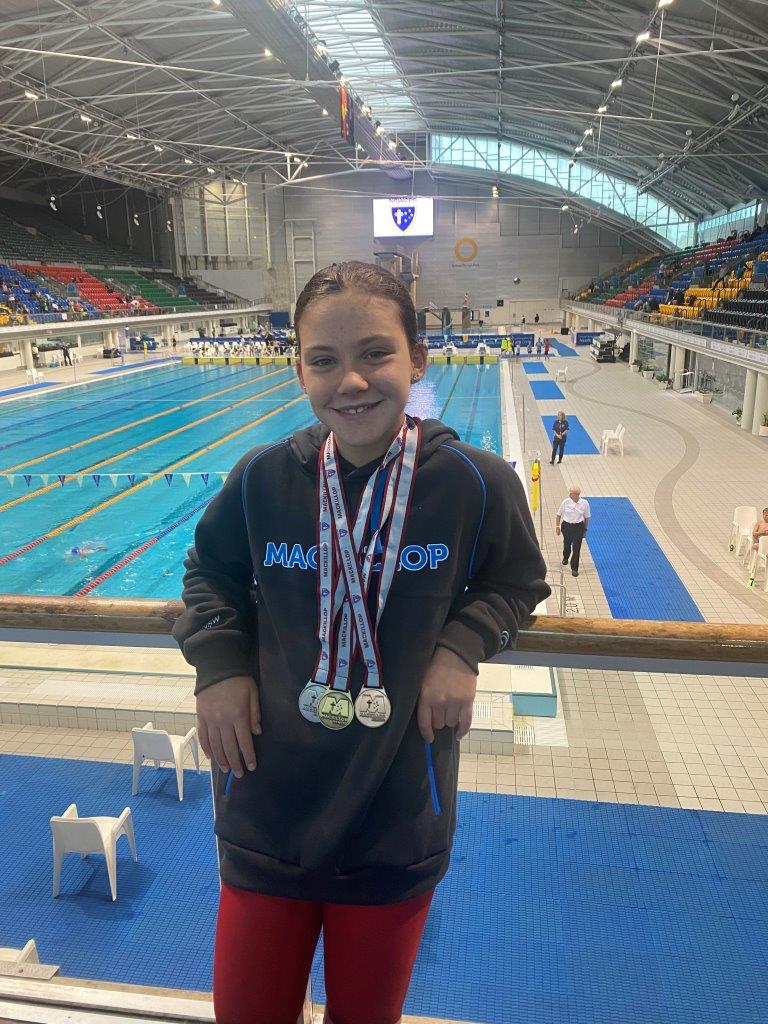 Isabella has had a very successful year in the pool.

Having picked up a slew of medals in the past 12 months and representing her school at the state championships, Isabella said she’s hoping to one day emulate her idol Bronte Campbell.

“One of my sporting idols is Bronte Campbell ‘cause I’ve been looking up to her and watching her at the Olympics since I was little,” she said.

“A goal of mine is to make it to the Olympics but also to prove to others that swimming isn’t just about being good, it’s about trying hard” – Isabella Esposito

Described as a student who always sets a positive example for others, Isabella is an advocate for the way sport can positively impact lives.

“I swim and play sports because of the opportunities you get to have along the way,” Isabella said.

“People should get involved in sports more because it’s an opportunity to feel good about yourself and have fun.”