Applause for our Principals

Previous
Next
Applause for our Principals
Isabell PetrinicAugust 6, 2020|

If you get the chance, take the time to thank your school leaders on August 7, Australian Primary Principals’ Day.

Every day, our primary school principals inspire their teachers and students in our classrooms, staff rooms, and even under lockdown during COVID-19.

For two of our shining stars, the pandemic has done little to dampen their long-lasting enthusiasm for the job.

Gabrielle McAnespie and Beverly Coffey share the illustrious title of longest serving principal in our network of 150 schools. The pair joined the leadership ranks of Sydney Catholic Schools (SCS) some 30 years ago.

“There’s an old saying: ‘Find a job you enjoy doing and you will never have to work a day in your life’,” Mrs McAnespie said brightly. “I wouldn’t say every day has been a bowl of roses, but it’s certainly a very worthwhile career.” 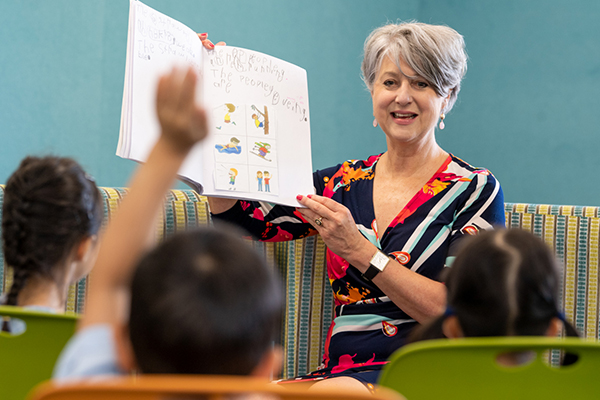 “It’s a fabulous job because it’s never the same,” Ms Coffey said, adding she is excited about her school joining with Marist College North Shore to form a united K-12 school next year.

When she and Mrs McAnespie first became principals in 1991, teaching via Zoom was the stuff of science fiction, while the nation was in the very real grip of the “recession we had to have.”

Paul Keating replaced Bob Hawke as our prime minister, The Simpsons debuted on Network Ten, and the most popular baby names were Matthew and Jessica. 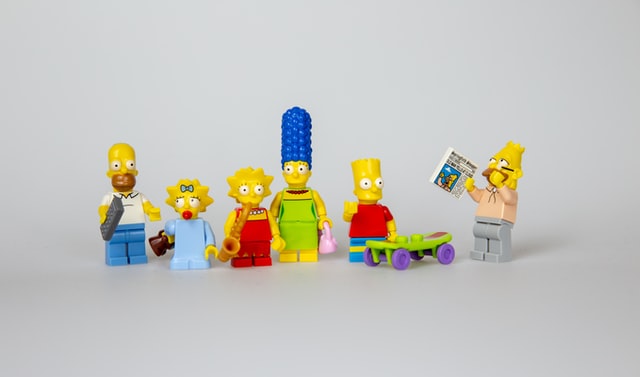 Much has changed since then as schools keep pace with technological, educational and sector-wide developments. But Mrs McAnespie said some things will always stay the same.

Among these are “the necessity for students to be literate and numerate, so they have the essential core skills to adapt in an ever-changing world”, along with SCS’ commitment to “imparting our faith and our values” to future generations.

“Teaching is the most important job in the world and that’s because no matter what sort of career your students end up pursuing, they got their educational start in the primary school sector” – Gabrielle McAnespie

Mrs McAnespie was 20 when she began teaching, and later took on her first principal role at St Joseph’s Catholic School Rozelle.

In her early days she ran an innovative early learning project at St Charles’ Waverley, involving a fortnightly exchange between her teachers and those at a local preschool.

The early childhood educators wanted to know how they could best prepare kids for school, and the primary teachers wanted to know what their future students were being taught before starting Kindergarten. Mrs McAnespie said the collaboration gave each group “great insight”.

In her former life, Ms Coffey worked in fashion, including managing a high-end boutique in South Yarra, Melbourne. Teamed with acting courses, her pre-teaching experiences helped her bring that same creative flair and imagination into her classroom. 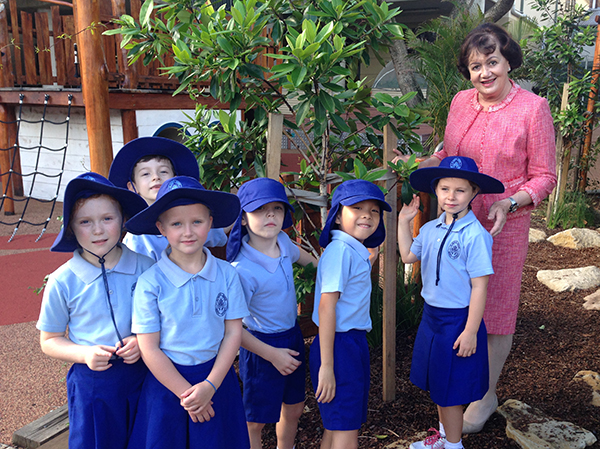 After all these years, the pair remain devoted to their profession.

“Teaching is the most important job in the world and that’s because no matter what sort of career your students end up pursuing, they got their educational start in the primary school sector,” Mrs McAnespie reflected.

“You make a lot of lovely connections with people along the way; that’s a very affirming thing.”

Three personal philosophies influence her in her role. She unwaveringly believes that “schools exist for children and they are at the heart of everything that we do, that our staff members are our best and most precious resource, and education is a right and a privilege.”

Ms Coffey said, “I think it’s a privilege to lead a community and to be able to put your particular touch on everything.”

Asked what makes a good teacher, she said they are motivated, enthusiastic, great communicators, have a good sense of humour, and are adaptive and proactive.

1. Write a thank you note or message
2. Write a testimonial about your principal to share with your school or community
3. Give your principal a shout-out on social media
4. Give a little gift of appreciation
5. Simply tell them you appreciate them