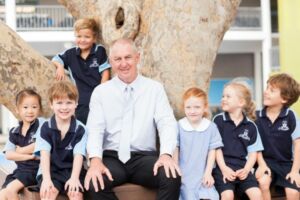 Villa Maria was developed under three religious orders; the Sisters of St Joseph, the Marist Brothers and the Marist Sisters. However, in 1868 two local lay women who aspired to be nuns: Jenny Makinson and Emily Heydon, were the founders of the school, with only 25 students enrolled. Within two years of the school opening, a Sister of St Joseph was appointed to take charge of the school. The Josephites’ involvement ended in 1964, when all infants and primary school girls of Marist Convent, Woolwich moved to Gladesville.
This consolidation concluded in 1966, with all parish primary-aged children of both sexes merged.