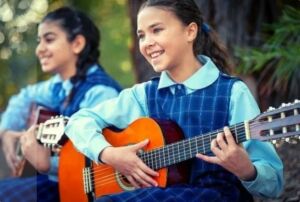 On 13 April 1975, St Joseph’s School was officially opened by the Prime Minister, Mr Gough Whitlam, and blessed by Cardinal James Freeman The school began that year with 27 Kindergarten students and the founding Principal, Miss Veronica Martin. The original building had six classrooms, and classes were added each year until 1981 when it catered for girls from Kindergarten to Year 6 and boys from Kindergarten to Year 4. The current Principal, Mrs Bitar-Claxton, was appointed to lead St Joseph’s School in June 2018 with a student population of 425 and 30 members of staff.