In honour of World Refugee Day (20 June), we are sharing the stories of courageous refugee students from war-torn Iraq who have been welcomed into the Sydney Catholic Schools family.

Karam Shashah was forced to flee his Iraqi-Kuridish town of Arbil in 2014 after the bloody Iraqi civil war engulfed his country.

“My village was attacked – in the same day me, my grandfather, uncle, my parents and sister went out of the village,” says 14-year-old Karam, a tinge of sadness visible in his countenance.

Karam’s family lived for five years in Lebanon before settling in Australia. 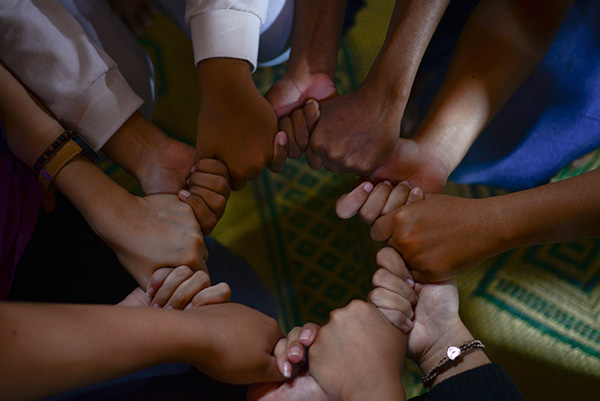 The 2020 Refugee Week theme is Celebrating the Year of Welcome: Online. Image: Wylly Suhendra on Unsplash.

“I miss my house, my friends, and my village,” Karam says sombrely. Smiling softly, he offers this observation: “Here (in Australia), life is good.”

Karam’s classmates have similar stories that leave you in awe of their resilience.

“I miss my house, my friends, and my village” – Karam Shashah

Despite having faced adversities they focus on their positive adjustments which include the ease with which they are picking up English.

“I learnt English from YouTube,” Year 10 student Noel Jamil said. “And zombie games,” he added, breaking into a grin.

Year 9 student Yohan Al-Lao said listening to music and watching movies has helped with his English. That, and playing video games. It was a common theme. 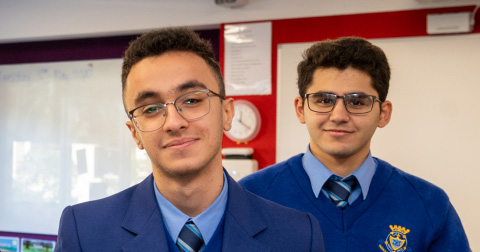 Writing on paper has been particularly challenging for all three of them, because their home languages are primarily oral.

Noel, for example, speaks Chaldean which uses a Syriac alphabet written from right to left in a cursive script. English uses a Latin or Roman alphabet and is written left to right.

Karam, Yohan and Noel are among nearly 1000 students at different levels of learning, affluence and technological savvy receiving learning and education support from SCS.

This includes the psychosocial support students may need to cope with the invisible wounds of war and other traumas.

On their journey to Australia, students may have experienced torture, loss of family members, or have been confined in refugee camps or urban areas. 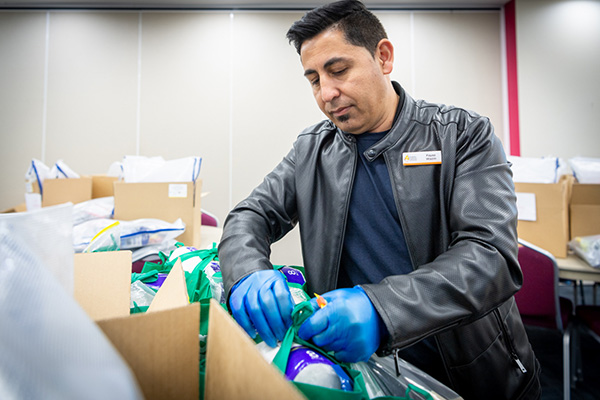 Literacy and English as an Additional Language/Dialect (EAL/D) K-12 Education Officer, Helen West, said the coronavirus has thrown up unique challenges for SCS’ refugee students and their families, ranging from technological to financial.

There are students with no internet or computer access at home, or they are sharing one computer with four brothers and sisters.

“A very small number of students continued to attend the Catholic Intensive English Centres, as they were unable to access schoolwork from home,” Ms West said.

“Some primary schools provided learning packs which could be picked up weekly by parents, for those students unable to access learning from home. Translations were provided, where possible, to assist parents.”

“Some primary schools provided learning packs which could be picked up weekly by parents, for those students unable to access learning from home” – Helen West

SCS has also been connecting agencies – such as STARTS, Youth Services, Settlement Services International and Asylum Seeker – and specialist workers with those families in need of food, medical or mental health support during this time.

It could be that Dad had a cash-in-hand job and the work has dried up due to COVID-19, or he was working in a job for less than six months and is now struggling to access Centrelink.

“The families want someone to talk to, because they don’t understand how our systems work,” Ms West said.

“In pre-corona times refugee officers would assist them with their Medicare appointments etcetera. Now we’re providing phone support. Another big support is their church.”

How the community has stepped up to help

LJ Harper and Woolworths Supermarkets have partnered with the Catholic Education Foundation at Sydney Catholic Schools to lift some of the burdens being shouldered by SCS’ refugee parents.

“We didn’t want to ask for cash donations at this trying time, so we reached out to LJ Harper for some support in relation to education resources and to Woolworths to help with some of our families’ essential needs,” Foundation Manager, Liz Fenech, said.

“They were absolutely happy to help out.” 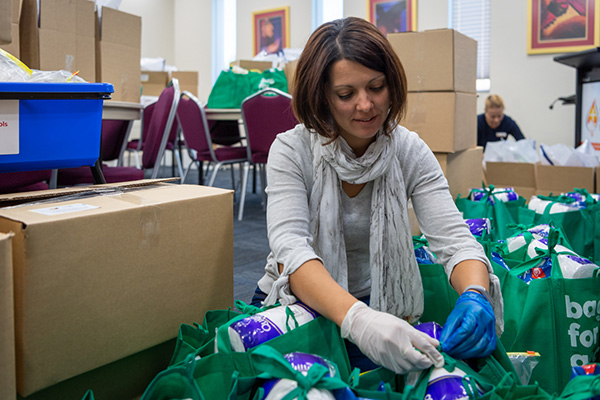 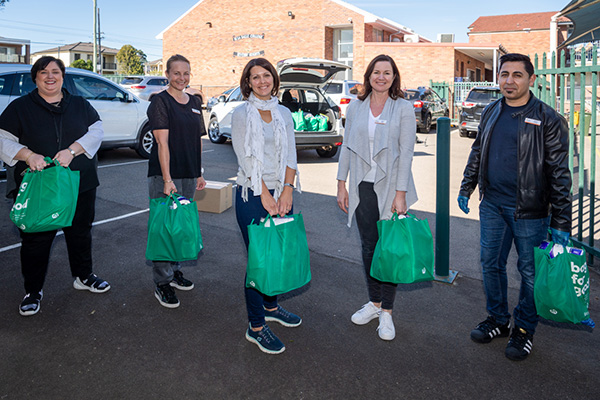 A total of 250 age-appropriate education packs were made with products supplied by LJ Harper for students in “dire need”, she said.

“Plus, Woolworths supplied us with eight toilet rolls and a 5kg bag of rice per family – we’re talking about half a tonne of rice!” Mrs Fenech said.

SCS’ procurement manager, John Sanchez, sourced a 500ml bottle of hand sanitiser and 10 bars of soap for each family.