The public is invited to choose their own adventure in a ground-breaking interactive dance film premiering today and produced especially for COVID-19, to ensure the show could go on.

“The scope of the work was phenomenal” – Iris McGill

The CaSPA dancers worked with professional choreographers Neale Whittaker and Juliette Verne to master 24 dance sequences after just 10 hours of instruction during the COVID-19 pandemic, while performance restrictions were in place. 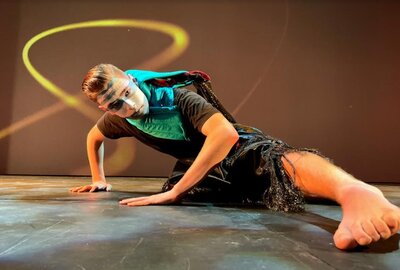 The dance sequences form a series of storyline options for Triskelion Dance Wars.

The resulting Triskelion Dance Wars replaces the CaSPA annual live showcase, giving students’ families, friends and the world a unique window on the incredible choreography they have learnt throughout the school year. 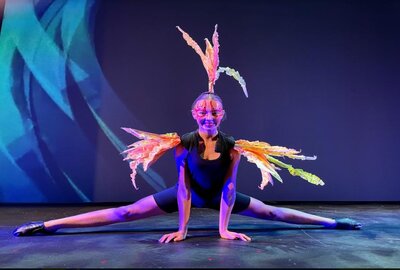 “Other dance videos are either fully animated gaming, or feature live dancers in a tutorial format or dance video format” – Iris McGill

“Both choreographers were blown away by the calibre and the talent of the students, and the pace at which they worked,”  Ms McGill said.

The video can only be viewed and interacted with on the following seven Sydney Catholic school websites:

In the game, three mythical creatures meet with obstacles which require them to transform into older versions of themselves and then go into battle.

The user is able to select a character – the phoenix, the master or the muse – and determine the outcome of the battle.

“It’s ground-breaking in that the user determines where the dance goes,” Ms McGill said.

“Ideally we’d like to develop an app next, where schools could devise their own choreography and storyline, and capitalise on the ‘do it yourself culture’ in today’s youth,” Ms McGill said.

Ms McGill said a second phase of the project may include working with app developers to create coding opportunities for students, combining the arts and STEM – short for Science, technology, engineering and mathematics – with links to educational resources and “metagaming, in which play extends beyond the game.”