Previous
Next
Our Mini Vinnies
AdminSeptember 26, 2021|

More than 2,500 of Sydney Catholic Schools’ youngest students – otherwise known as Mini Vinnies – have so far followed in the footsteps of Saint Vincent de Paul, who spent his life providing relief to the poor. 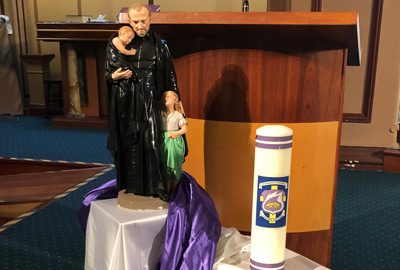 Our primary school students may not have established hospitals for the poor like Saint Vincent, but they have put their faith in action by taking part in St Vincent de Paul Society’s Mini Vinnies program.

Mini Vinnies are a group of primary school students who want to become volunteers, advocates and fundraisers within their school and local community. They meet regularly to discuss ideas to help people less fortunate.

The spiritual and learning undertaken by the Mini Vinnies group establishes strong values and builds empathy in our young people.

“There are now 101 Mini Vinnies Conferences in the Sydney region, 99 of which are a part of Sydney Catholic Schools (SCS),” said Christina Gilio, the Metropolitan Schools Engagement Officer for the St Vincent de Paul Society, affectionately known as Vinnies.

“In 2021 alone, seven new SCS primary schools have signed up to be a part of Mini Vinnies in Sydney. Several others had expressed interest prior to the current NSW lockdown” – Christina Gilio

At St Vincent’s Catholic Primary School in Ashfield, students have been taking part in a range of programs to help the less fortunate, including Mini Vinnies.

Antonella Dolores, school principal at St Vincent’s, says Saint Vincent de Paul’s teachings are instilled in their students and help them understand the importance of helping those in need.

This is done in partnership with the school’s Parish and Parish priest, Father Joti, and the school’s values of empathy, service, inclusivity and stewardship.

“Our school participates in a range of volunteer programs and activities including Mini Vinnies, St Vincent’s Winter and Christmas appeal” – Antonella Dolores 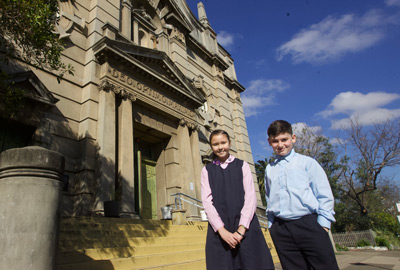 She said the school had also forged a relationship with the local nursing home, with intergenerational learning in 2022.

“By meeting regularly and discussing social justice issues, students are expanding their own knowledge on such matters and learning about what Vinnies is doing to support these issues.”

Many Mini Vinnies and Teen Vinnies groups across SCS have also been fundraising during the pandemic through the Vinnies MyFundraiser Portal for their Winter Appeal, FamilyWinterSleepout@Home and/or other Vinnies’ appeals and initiatives.