Sydney Catholic Schools’ first STEM Symposium and Competition has inspired the creation of more than 100 exciting student projects, including a glove that speaks Australian sign language, a robot turtle designed to prevent pollution, and a search engine for those who can’t yet read.

Fifteen finalist teams received awards at the first SCS STEM Symposium in November, where parents and STEM educators gathered to see their innovative designs. Each solved problems from the ground up using a range of Science, Technology, Engineering and Maths skills, reflecting the key tenets of SCS Statement on STEM learning launched earlier this year.

The People’s Choice Award and Award for Animal Welfare went to the Paraspinomatic 3000 – a hand-held device designed by students from St Ambrose Catholic Primary School Concord West that was successfully trialled at a local agricultural high school.

“We focused on parasites on cattle which are very dangerous and could affect our food chain. Our device uses oil to kill them,” said Louis De Lorenzo, who worked with Year 5 classmates Anikan Nguyen and Daniel Nikopoulos.

Many projects shared this focus on improving the world, a result of the way STEM is thought about and taught at Sydney Catholic Schools.

“STEM is not an add on, it’s an essential part of a 21st century learner’s toolkit.”

Bethlehem College Ashfield’s project was more difficult to test in the field. Elizabeth Praum, Winnie Wang and Jessica Chan’s ‘Solar Wind Sails’ device is designed to convert solar and wind energy to electricity which can be sent to earth using microwaves.

“The device is designed to be launched 500km above the earth’s surface on the edge of the Thermosphere, where it will be exposed to the sun’s corona. At the same time it will still be within the gravitational pull of the earth,” said Elizabeth, in Year 9. “We wanted to show the world that there is hope – that the earth won’t die yet, we can make new ideas.”

A statement in action

Sydney Catholic Schools’ recently launched Statement on STEM has led to ongoing education for teachers on how to engage students in creative problem solving using the design process.

The STEM symposium, organised by SCS’ K-12 STEM education team, focused on making sure teachers have the tools to develop students’ STEM skills in line with the curriculum and best practice. It included keynote speeches from engineer Felicity Furey and educator Shelley Waldon, and workshops to showcase successful school-based programs.

“The symposium itself was about our system’s journey with STEM to date, from the development of the statement to how it is being implemented in schools. It recognised that STEM is not an add on, it’s an essential part of a 21st century learner’s toolkit.”

“We wanted to show the world that there is hope … we can make new ideas.”

“The whole design process is about applying design thinking skills to define a problem, plan possible solutions, create and test prototypes and evaluate throughout the process,” she said. “An empathetic learner asks ‘where can I make a difference?’, and this learning links beautifully with gospel values and our Catholic social teaching. Those real-world problems don’t have to be on a global scale, because making a difference, even on a small and local scale is important.” 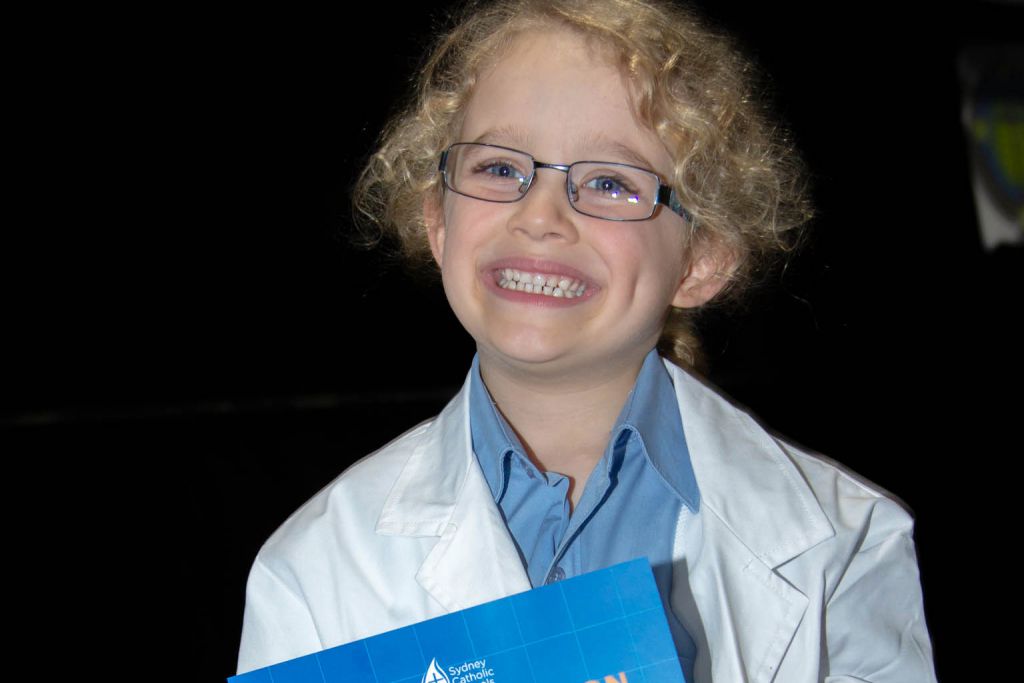