In their own words: Careers in STEM classrooms

Previous
Next
In their own words: Careers in STEM classrooms
Isabell PetrinicAugust 18, 2021|

Meet the STEM (Science, Technology, Engineering and Mathematics) teachers whose passion and past work experience is helping students at Sydney Catholic schools achieve.

As we celebrate National Science Week, Sue Farroukh, Gavin Gant, Sylvia Eleftherides and Andrew Di Lizio share with us the career pathways that led them to our classrooms. 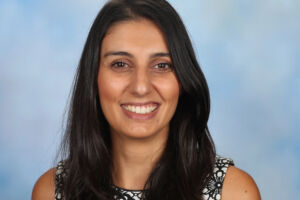 I loved physics at school. For a curious kid like me it was great.

I was studying construction management at uni and had a little light bulb moment.

I wanted something more rewarding and really liked science at school, so I decided to become a physics teacher.

I worked in a big engineering firm for quite a few years.

One of our projects was to build train simulators for the new Sydney trains. With those large projects, you get a real understanding that nothing is done in isolation.

Making cross-curriculum connections is what I have taken from my work into teaching, especially with the seniors who are studying multiple sciences.

A lot of students want to be astrophysicists until they realise it’s a bunch of maths and the computers do everything now, so you’ve got to be a really good computer programmer.

Science is so broad. It’s making them aware that if they choose it as a career they’re not just going to be working in a research lab. 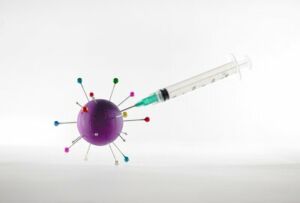 The pandemic has helped in that students see there’s someone who studies diseases, develops vaccines, studies viruses.

I tell students that even if they want to go into accounting or law, it does help to have a science under your belt because it is a different way of thinking.

“Scientific literacy is so important. As we see on social media, people often don’t have that skill. They’re reading something and misunderstanding what that data is saying” 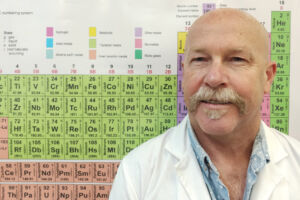 My bachelor degree was in analytical chemistry but I’ve worked in quite different fields and probably didn’t expect to end up in nuclear science.

Chemistry is quite an abstract subject to learn about, so being able to connect that to industry and commercial enterprise is valuable. The students really appreciate that connection.

The Year 12 chemistry course has a lot of analytical chemistry in it now; complex instrumental techniques that weren’t in the previous syllabus.

I also worked for a time as a research assistant doing some biotechnology, using bacteria primarily to produce various chemicals.

There are various elements in the chemistry course that require you to look at new types of materials including polymers. 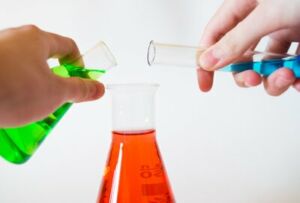 Working at ANSTO (Australia’s Nuclear Science and Technology Organisation), I managed large-scale gamma radiation facilities. That’s also been quite useful to connect back to.

In physics there’s a large section on nuclear matters – structure of the atom, radioactivity, nuclear fusion and fission.

It’s a very scientific world and many of the problems that face humans, many of which we’ve caused ourselves, need scientific solutions.

This is so people can critically analyse the information they’ve been given and recognise misinformation from well-researched scientific, data-based information and make informed decisions.

One thing I bring to my teaching career is a genuine passion and love for science. I get paid to talk about science all day, which I’d happily do for nothing.

I am fortunate to teach bright, enthusiastic young people who really want to learn. 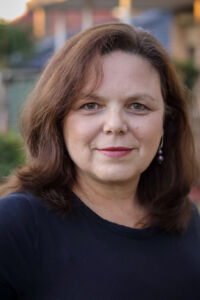 The historical aspect of science drew me towards astronomy and chemistry. I completed a double major in pure and applied chemistry.

I ended up with a focus in analytical chemistry because I had an interest in technology and its applications.

Data loggers were just being developed at the time, so I ended up conducting honours and PhD research investigating data logging sensors for automated analysis applications.

In the three years that I’ve taught Science Extension, it’s become evident that it helps students become aware that there is more to scientific research than just applying the processes of working scientifically. 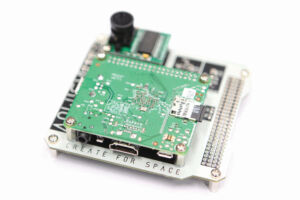 In today’s world many areas – like the humanities, finance, economics, marketing, and business – are acquiring huge amounts of data that need to be analysed and reported on.

In science, we learn about how research is conducted and reported on in a valid and unbiased way. This can be transferred and applied to those other areas.

The Cuberider project in 2016 was a highlight for me. It was a privilege to be working collaboratively with some very talented and passionate Year 8 and Year 10 students.

It also gave me the opportunity to work my coding background into science teaching.

The Raspberry-Pi computer that was sent up into the International Space Station is now in the Museum of Applied Science, so it was cool to make history with such a talented group of students. 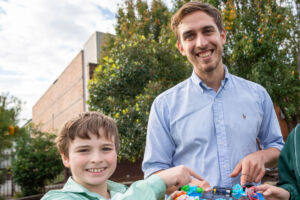 The perseverance aspect of STEM is something I really try to push, because when you’re working on a big project often you can get lost in it and feel like it’s quite difficult.

It took four months to build my own campervan. A lot of research went into it, and applying technical and scientific knowledge to something that is actually palpable.

What I bring from that project to the classroom, I think: Don’t be afraid of failure or to make things simpler, and really focus on what you can learn through a project rather than always on the end goal. 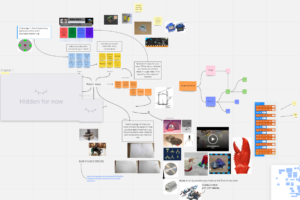 I’ve got an interesting role in that I see students from year 5 to 11 and the progression of their STEM skills.

What drew me to engineering was the problem-solving nature of it. I wanted to understand how things work, and to make them work better.

What drew me to teaching? My part-time job while studying engineering was in after school care.

“I really enjoyed passing the knowledge I learned at university on to students, by making paper planes, a catapult, or any kind of challenge” – Andrew Di Lizio

Seeing students interested in the STEM field is exciting.

My most recent engineering job before I was a teacher was working in wind tunnels. We would assess the aerodynamics and the effect of wind on large buildings.

I try to draw from those real examples as much as possible.

Anyone can find information on the internet, but if you can give that insight to personal experience, students relate to it better.