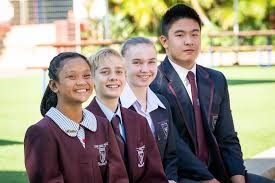 Casimir Catholic College is named after the great builder of the Marrickville parish, Fr Casimir Maguire, who was parish priest from 1917 to 1949. After the completion of the magnificent Church of St Brigid in 1930, Fr Casimir set about the construction of the school buildings which serve as the major classroom blocks of the present high school. St Brigid’s School was originally established by the Sisters of The Good Samaritan. Then in 1938 a second building was completed which became the site of De La Salle College. The two schools existed side by side until 1981, when a decision was made to amalgamate the schools into a new co-educational Year 7 to 12 college. In 1983, the new school was born and was named Casimir Catholic College. The college continues today to serve the needs of the diverse multicultural community centred in the Marrickville area.