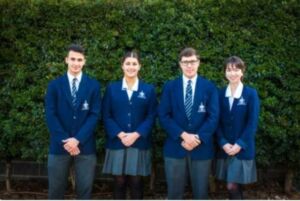 Clancy Catholic College opened on 31 January 2006. The school was named in 2005 after Archbishop Cardinal Edward Clancy, which the school still honours today. Cardinal Clancy was on site to ring the first bell at 8.30am and usher in the school’s first intake of students. The student population is now more than 1200 and approximately 130 staff.