A beloved Sydney Catholic Schools’ principal and religious Brother has been recognised in the Queen’s Birthday Honours List.

Principal of Holy Spirit Catholic Primary School Carnes Hill, Brother Nicholas Patrick Harsas, has received a Medal of the Order of Australia (OAM) in the General Division for service to education and to the Catholic Church in Australia.

“I was very shocked and surprised,” Brother Nicholas said, adding that he hasn’t a clue who nominated him although “there are plenty of suspects.”

A Patrician Brother, he is the last remaining religious principal in Sydney Catholic Schools in the Catholic Archdiocese of Sydney.

“I love bringing out the best in our students, so they can be their best” – Brother Nicholas

Like Bishop Daniel Delany – who in 1808 founded the Brothers of Saint Patrick, popularly known as the Patrician Brothers – Brother Nicholas believes his faith is inseparable from other aspects of his life.

“Part of our charism is the ‘Option for the poor’, which means giving the poor the best opportunities we can,” said Brother Nicholas.

For well over 25 years as a professed Patrician Brother he has done just that, working and ministering at Sydney Catholic primary schools in the poorer parts of Sydney’s southwest including as a religious education coordinator/teacher from 1994 to 1996.

In 2018 he was awarded the Dempsey Medal by the Archbishop of Sydney, Anthony Fisher, for his years of devoted service to the Our Lady of the Rosary school community including the settlement and welcome of hundreds of refugees and migrants.

“I always wanted to be a teacher and get great joy and satisfaction from trying to give the children the very best opportunities for education and life, for example in Fairfield when we began taking a big influx of refugees from Iraq and Syria,” Brother Nicholas recounted.

“I love bringing out the best in our students, so they can be their best.”

Brother Nicholas joined the congregation of the Brothers of Saint Patrick when he was aged 25. He was teaching at St Charles Catholic Primary School Ryde prior to joining religious life.

“It was the great example of the Patrician Brothers who taught me at Holy Cross College Ryde that inspired me to join,” Brother Nicholas said.

“The Brothers really influenced me in the way they took a personal interest in the students in the school and as men of prayer and faith. They were good role models.

“I try to be that good role model, but it’s a combined effort with all the staff that I work alongside. It’s very collaborative what we do.” 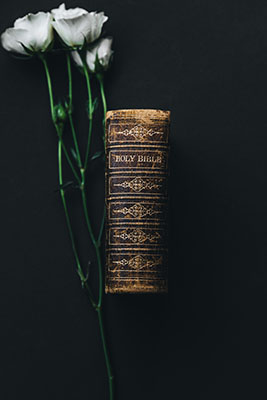 As well as leading his school community, Brother Nicholas is a member of the Brothers of St Patrick’s international Congregation Leadership Team.

“The General Council or Congregation Leadership Team makes decisions in the best interests of the Brothers and their work in the eight countries where they can be found,” he explained.

“Being awarded the Medal of the Order of Australia (OAM) is well-deserved recognition of all that Brother Nicholas has contributed to education and to the Catholic Church over many years,” Holy Spirit Catholic Primary School Carnes Hill assistant principal, Leonie Sewell, said.

“To put into words all that he has contributed is impossible.”

For more information about Holy Spirit Catholic Primary School Carnes Hill or to enrol your child, call (02) 9826 8436 or visit hscarneshill.catholic.edu.au.