Homelessness in Sydney: Four ways you can help

Previous
Next
Homelessness in Sydney: Four ways you can help
Isabell PetrinicJune 24, 2020|

“It’s going up by the second,” Mrs Lemos said with excitement in her voice. 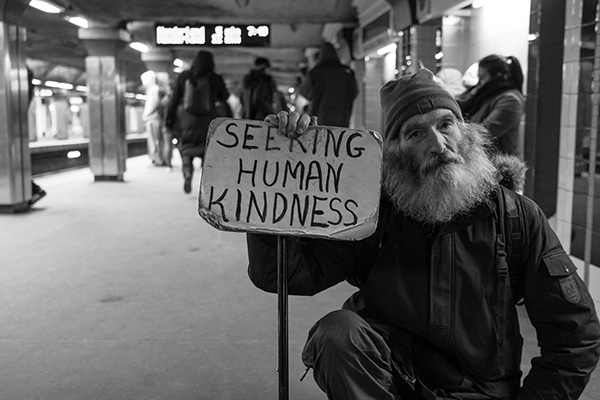 Every night, more than 116,000 Australians experience homelessness and a quarter are young people aged under 18, just like our students at SCS.

Vinnies Australia is fighting to halve this number by 2025 and Mrs Lemos is optimistic the SCS family can together raise $30,000 to help Vinnies break the cycle of homelessness.

HOW YOU CAN GET INVOLVED

“Our inaugural FamilyWinterSleepout@Home event aims to bring families together to gain a deeper understanding of the realities of homelessness, while encouraging greater empathy and kindness among our students,” Mrs Lemos said.

Vinnies’ National Council of Australia chief executive officer, Toby O’Connor said falling donations because of the COVID-19 pandemic, coupled with a spike in demand for services, make tough times even tougher for many people.

“While our good works continue, revenue from our shops has all but disappeared due to necessary closures,” Mr O’Connor said. “Donations now are vital.”

St Patrick’s Catholic Primary School Sutherland staff are taking part in the FamilyWinterSleepout@Home event for Vinnies on 26 June. Are you?

1. Make a card and attach it to a muesli bar/biscuit snack to be donated back at school for Vinnies’ Night Patrol Vans.

The vans operate seven nights a week, excluding New Year’s Eve, providing a meal, blankets, toiletries, snacks, hot beverages and, most importantly, companionship to people experiencing or at risk of homelessness including in the Greater Sydney area. Last year, the vans provided 8790 meals.

2. Make soup together to drink during your family sleepout/sitout – hot soup is something Vinnies’ soup vans usually distribute to the hungriest and neediest in our society. Their dedicated volunteers are called Vannies.

3. Sleep/sit outside in the cold on only a piece of cardboard and discuss with your family how you are feeling, including sharing some of the harsh facts about homelessness in Australia.

4. Once inside, watch this slideshow and pray together as a family for those sleeping under bridges, on park benches, in doorways or bus stations. You may wish to direct your prayers to Saint Benedict Joseph Labre, the patron saint of the homeless and downtrodden, who wore the rags of a beggar and shared his food with the poor.

Vinnies’ homelessness services include: accommodation; domestic violence refuges; food, clothing, blankets and sleeping bags; counselling and healthcare; and individualised support to address barriers such as debt and unemployment, with the ultimate goal of finding a permanent and safe home.

To be part of FamilyWinterSleepout@Home or to donate, go to: bit.ly/3dcSDyO.

…Because everyone deserves a safe place to call home.