My artwork depicts ‘The Annunciation’, where Mary accepts the white lily which is given to her from Angel Gabriel. In my artwork, Angel Gabriel has appeared to Mary proclaiming that she has found favour with God and will bear a son named Jesus. As he says this, he hands Mary a flower which she accepts with a resounding ‘Yes’ to God. This particular flower in Mary’s hands is a white lily which symbolises purity and innocence. This white lily is scattered around my painting and is often seen in other artworks which depict Mary. 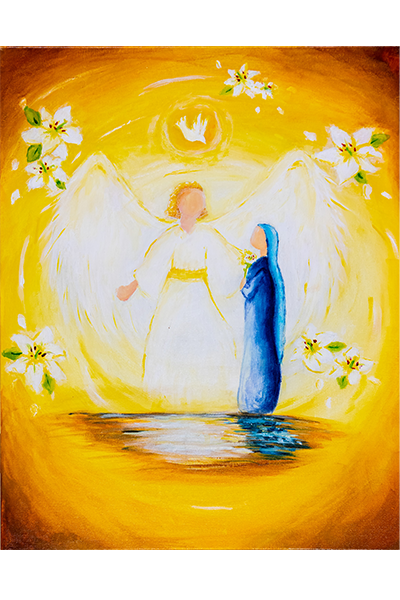